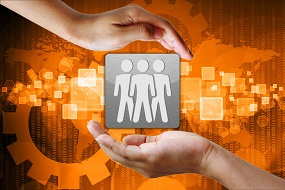 Despite several rounds of reforms to California’s workers compensation system in recent years, employers are still struggling to control their workers’ comp costs. And according to a 2015 report by the Workers Compensation Insurance Rating Bureau (WCIRB), results of reforms such as SB863 in 2012 have been mixed.

To better understand the big picture, the California Workers Compensation Institute (CWCI) conducted a series of studies following these reforms to monitor claim development trends and analyze medical and indemnity payments at various levels for claims occurring in accident years (AY) 2002 to 2014. The latest CWCI report includes updated information on average indemnity and medical losses paid on claims from AY 2005 through the end of AY 2014, which were calculated and compared at 6, 12, 24, 36, 48, and 60 months post injury.

Here are some of the key findings from the report on the state of California workers compensation insurance:

The CWCI studies make it clear that costs continue to rise, and they provide valuable insights into when those costs are being incurred during the lifetime of an average claim. Employers should take time to review these findings and use them as a baseline for measuring the success of their own workers’ comp programs. With rising medical costs, increasing benefits due to increases in the minimum wage, and higher workers’ compensation premiums, you need a proactive strategy for keeping your workers’ comp costs under control. Being informed about trends through data such as the CWCI studies can help you do that through smarter, more informed decisions.