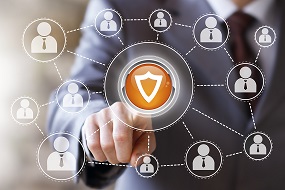 So who’s committing all of this fraud?

It’s a costly problem. During fiscal year 2013-2014, the California Department of Insurance fraud division identified 5,729 suspected fraud cases, made 255 arrests, and referred 248 cases for prosecution during the, with potential losses of nearly $250 million. And workers compensation fraud impacts your business in more ways than you might think – higher premiums, lost jobs, lost pay, weakened business, and added stress for your employees. So fighting fraud is a risk management necessity.

But new technologies and analytic capabilities are changing the game.

The insurance industry is using a growing and increasingly sophisticated arsenal of fraud-fighting tools:

Fighting workers compensation fraud continues to be a formidable challenge, but evolving antifraud technology is providing some of the most powerful tools the insurance industry has in the fight.

But insurance fraud isn’t just an insurance industry problem – it costs businesses like yours millions of dollars every year. That’s why you need an insurance partner who is taking advantage of these new technologies to provide you with cutting edge protection against workers compensation fraud. Give us a call at RepublicCapital. We’ll help you take back control of your workers compensation costs.