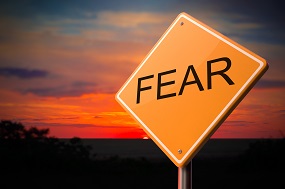 One of the first questions on many employees’ minds when they suffer a work injury and need to file a claim is, “Will I get fired?” Of course, the law forbids employers from firing an injured worker for filing a claim. Unfortunately, many employers do it anyway, and there’s an atmosphere of suspicion and fear in many workplaces when it comes to on-the-job injuries. Many employees who get injured choose not to file a claim rather than risk being fired. It’s a losing proposition for everyone – the injured worker is strapped with the medical bills and the employer is at risk of losing a good worker.

All of that stress and mistrust could be negatively affecting your workers’ compensation claim costs and worker outcomes.

According to a series of state studies released in 2014 by the Cambridge, Massachusetts-based Workers Compensation Research Institute (WCRI), employees who are worried about being terminated if they file a claim experience a four-week increase in disability duration compared with those who feel secure in their jobs. The studies are based on interviews with 4,800 workers from 12 states who suffered an injury on the job in 2010 and 2011 and received workers’ compensation benefits. The surveys were conducted during February through June in 2013 and 2014—on average, about three years after these workers sustained their injuries.

Employees who are worried about being fired after a work injury are also much more likely to be unhappy with the medical care they receive. Among those in the study who were stressed out about job security, 20 percent reported serious problems getting the services they wanted. These workers also experienced poorer return-to-work outcomes. And employees worried about getting fired after filing a claim are much more likely to hire an attorney.

All of these things affect your ultimate claim costs.

Naturally, some employees may simply have a longstanding poor relationship with a supervisor, or be naturally pessimistic and exaggerate the possibility of being fired. And employees who have had poor outcomes are more likely to retrospectively report a fear of being fired. So there are variables.

But clearly there’s a trust issue in many workplaces – and that lack of trust can be costly.

What can employers do to foster an atmosphere of trust?

Communication is paramount for making employees feel engaged with and trusting of your company. And keeping injured workers in the communication loop goes a long way toward developing that trust and making them feel their jobs are not in jeopardy. Here are five more tips for building trust with your employees:

Is your current TPA helping or harming you in this area? Republic Capital is committed to partnering with you to build an atmosphere of trust with your employees through return to work programs, highly professional adjusters, Nurse Triage access, and even onsite training as needed.  Want more ways to keep your workers’ compensation claim costs under control? Download our free report, “How Much Could You Save by Self-Insuring Your Work Comp?”